REMOTE SENSING of the ENVIRONMENT 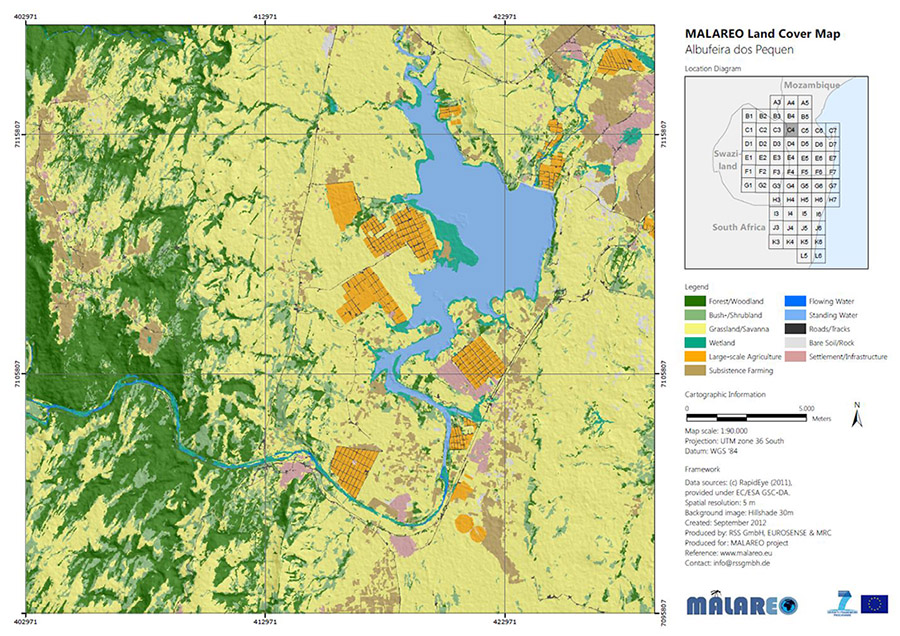 Land cover and land use classification are fundamental for assessing the status and trends of land use in administrative units or protected areas. Land use change is a principal driver for environmental change, with significant impacts on ecosystems and quality of life. Therefore regular and timely monitoring of land use change is one of the key tasks of satellite remote sensing.

We offer state-of-the-art information products on land cover and change to enable data-driven decision making in land use planning.

With our innovative classification approach, we provide land use/cover change maps and statistics for quantifying the long-term trends from the 1970s until today. The satellite-based information layer are spatially coherent at highest level of certainty. 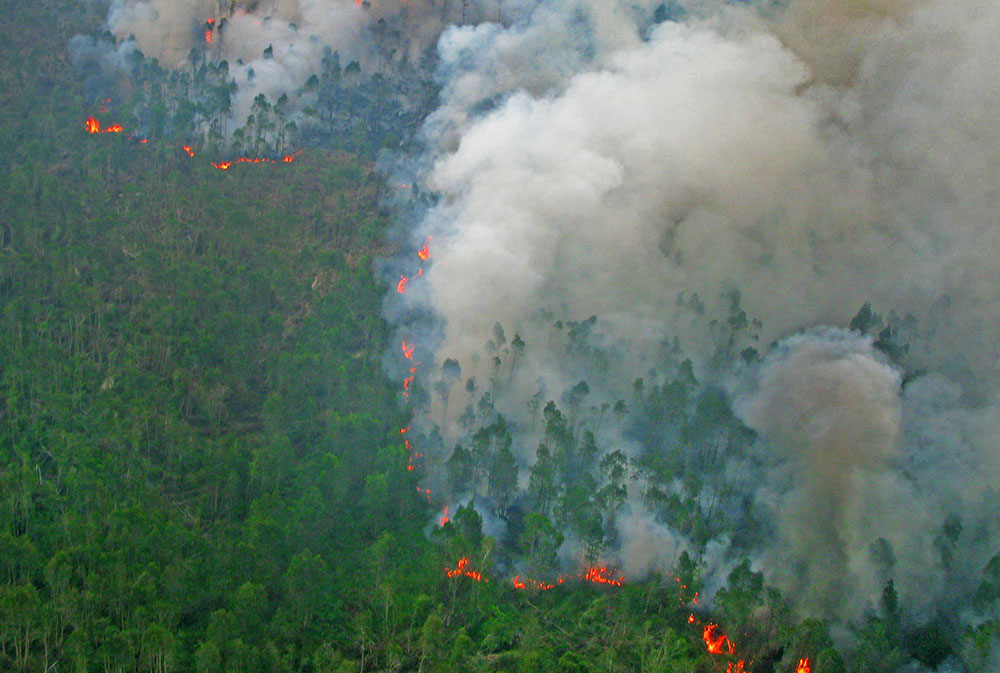 Land use and land use changes can significantly contribute to climate change. Vegetation and soils act as a carbon sink, storing carbon dioxide that is absorbed through photosynthesis. When the vegetation cover is disturbed by wildfire or forest clearance, the stored carbon dioxide is emitted into the atmosphere. Carbon dioxide and other greenhouse gases contribute to global warming.

FROM GLOBAL TO LOCAL

Latest Earth Observation data give us high-resolution information about climate change related aspects at a global scale. This continuous observation by remote sensing allows us to providing global, continental or local analyses of the impact of climate change, such as drought analyses, changes of water availability, fire risk, carbon dioxide emissions and many more.

Climate change and its far-reaching consequences pose one of the most significant current and future problems. Droughts are extreme weather events with increasing occurrence in the context of climate change. Due to the socially, economically and ecologically related aspects with enormous potential damage to the economy, society and the environment, early identification and monitoring of droughts is very important. Methods of remote sensing of environment provide the most effective way to assess the impact of drought on terrestrial ecosystems. We are making use of the main advantages of remote sensing - a large spatial coverage and almost continuous availability of data, for the analysis of droughts risk areas and vulnerability. 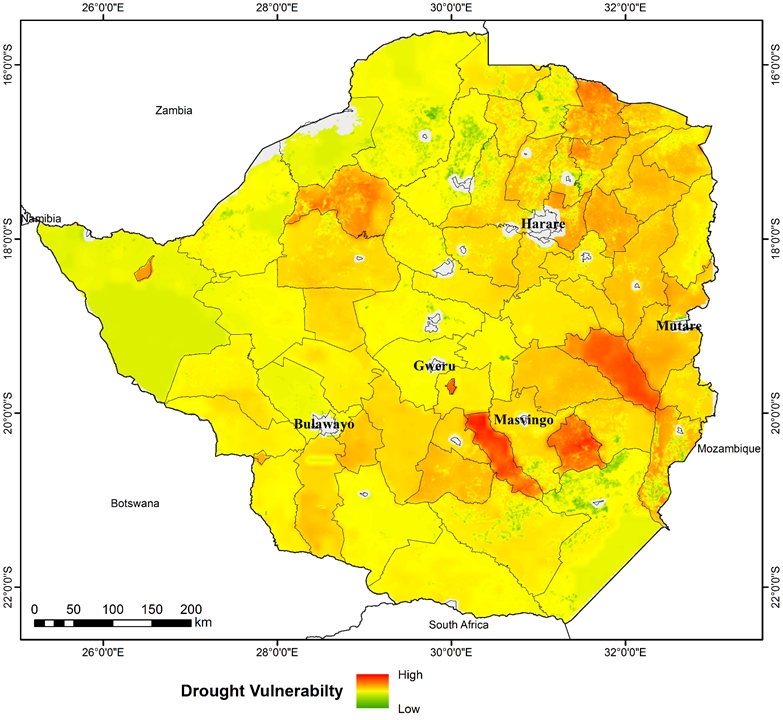 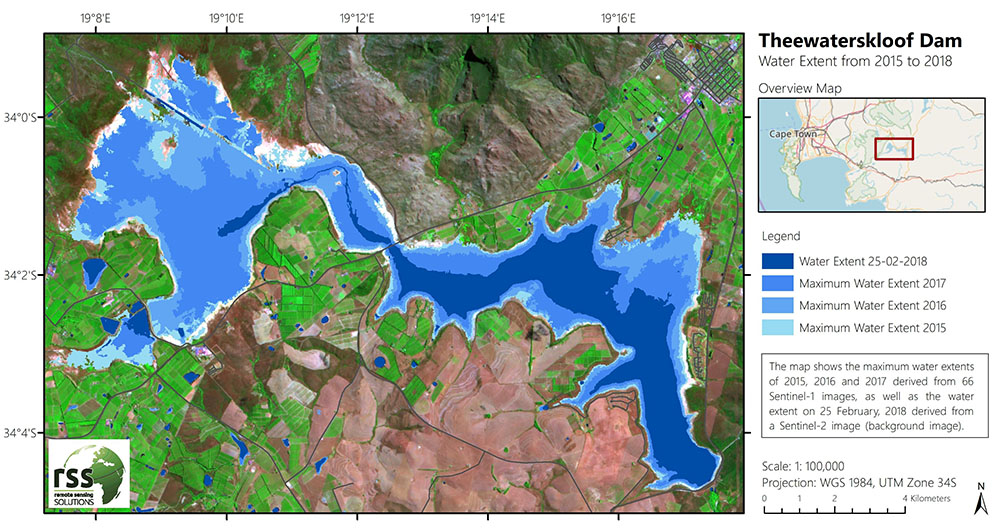 Using high temporal resolution SAR satellite data allows to monitor the water availability in reservoirs. Weekly changes in surface water occurrence, frequency and dynamics can thus be mapped. The example map shows the maximum water extents of the Theewaterskloof Dam (South Africa) over 3 years and the dam’s water extent on February 25, 2018. Due to a severe drought, the remaining capacity of the dam was at 10.9 % of its full capacity at this date. Linking such satellite derived water occurrence information with gauge data, rainfall data and water consumption rates, helps to identify and predict critical situations in water supply.

The new generation of satellite constellations offers dense image time series. This allows for the first time to investigate the phenology of plants/crops and to derive indicators for seasonality. By visualizing time series of phenologies different plant characteristics, communities and conditions can be analyzed in natural and semi-natural areas. In agriculturally used areas, the growing season can be monitored in detail through providing information about the start and end of the growing season, growth stage and preparation of arable land. Tracking the phenology of plants provides a better understanding of natural processes and their interactions. 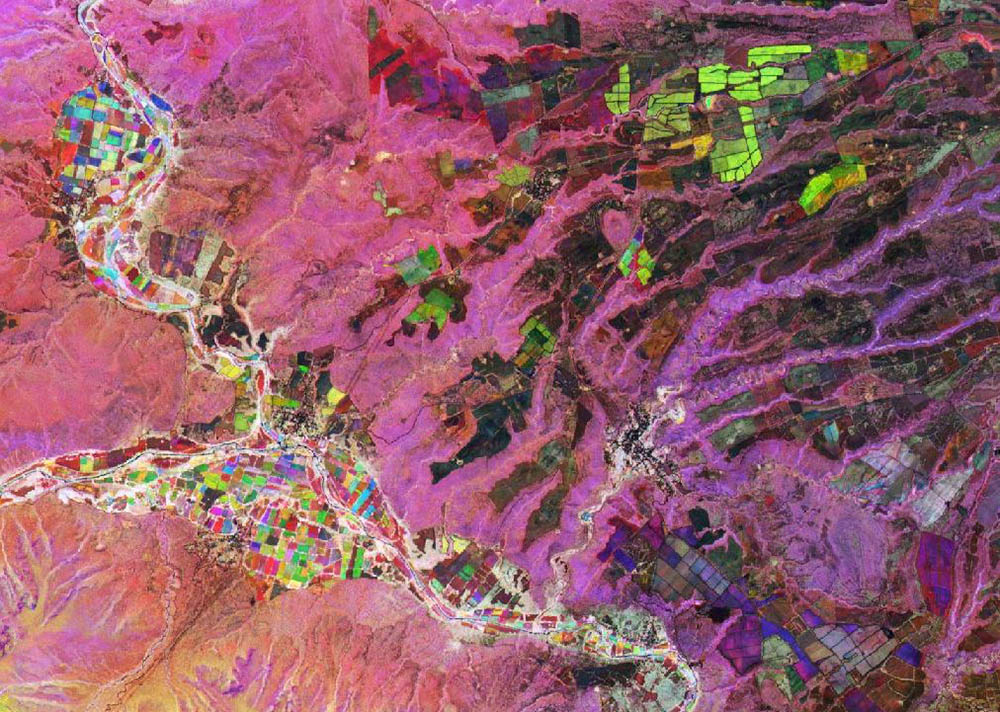 There is an emerging consensus on the vital need for new strategies and innovative health related monitoring services. These would support the reduction of the burden of environmental related diseases such as vector-borne diseases such as malaria and water-based diseases (e.g. schistosomiasis) and their related negative socio-economic effects. The drivers of those environmental-related diseases can be assessed through remote sensing of the environment. The combination of remote sensing, new information and communication technologies has strengthened the opportunities for disease risk monitoring. Geo-spatial information products improve disease control strategies, reduce disease control costs and support disease elimination. 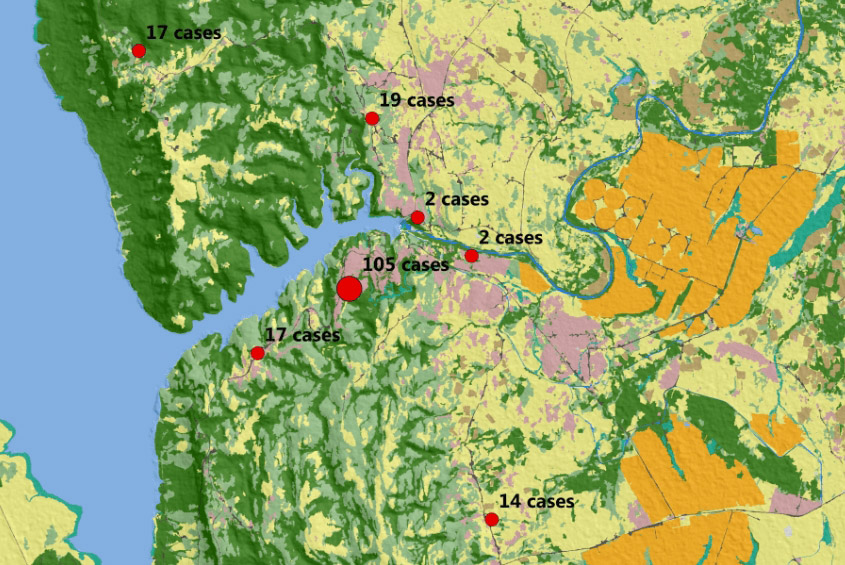 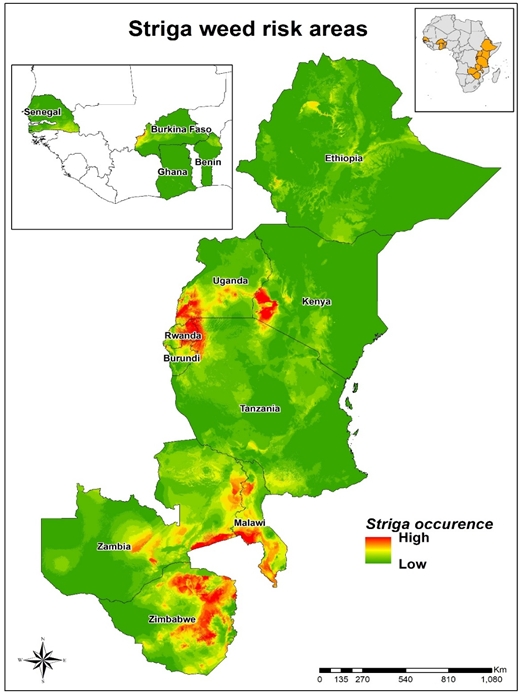 Invasive plant species become a prominent problem in many parts of the world. Early detection is mandatory to enable combat before they become resilient. RSS and ICIPE (International Centre of Insect Physiology and Ecology) (Kenya), have developed a multi scale mapping procedure for Striga weeds in cereal crop production areas in southern Africa. Striga is a parasitic invasive weed that, if uncontrolled, can reduce cereal production between 20 and 100%, depending on the level of infestation.


In Africa, cereal harvest losses due to striga are estimated to be around US$ 1 billion, affecting more than 40 million households every year. It is thus an important food security issue, especially since small holder farmers do not have effective ways to control the weed. The developed mapping procedure will help to guide ‘on the ground’ striga interventions measures by effectively identifying spreads, risk and containment zone.

When it comes to services, we make quality, technological excellence and customer satisfaction our unvarying priority. To find out more, please select a theme - we look forward to assisting you.